All Beard No Teeth 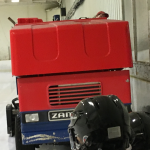 Danny “Boy” Brown Was born in a crossfire hurricane. OK not really. He was born in the desert heat of Fresno, California in the years that the World Hockey Association was around. A Minnesotan introduced him to the sport and he fell in love with it during the Miracle run of the 1980 US Olympic team. He has played the sport off and on since he was 10 and recently picked it up again when my 8-year-old daughter started playing. That led to volunteering for her female hockey organization and blogging. The only things that he loves more than his family and playing hockey is writing about the game. Writing about the sport is a vehicle to meeting and engaging with #hockeyfamily and #Beardedfamily the world over. He covers the NHL, WHL and is available via the following social media outlets. @sounder2thecore – Twiiter Daniel.J.Brown – Facebook @dabrown – Instagram He plays hockey, skateboards, writes and spends time with his wife and 2 kids in Seattle, Washington. His other hobbies are cooking and collecting hats. At this point he owns more than 100 hats, mostly baseball caps. Some might say it’s an obsession.